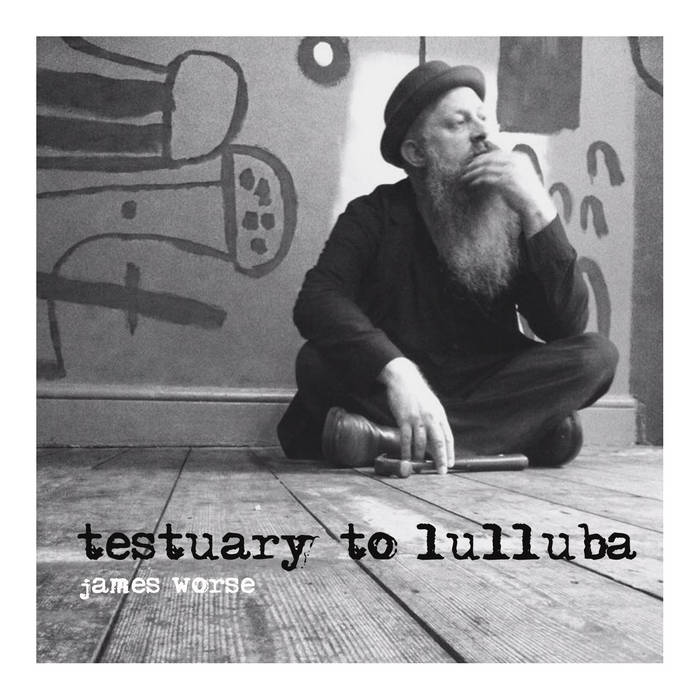 James Worse, »master of surreal spoken word« (The Quietus), whirls like a mystic sound-dervish through (british) language's deep structure. He performs his Worsicles, as he calls his highly musical sound-language, as an adept of the voice with a dynamic elocution between Shakespearian deepness and dadaistic elegance.

Every Worsicle is a british word that doesn't exist (that way), every worsicle a vehicle of sound-linguistic tickle, every Worse-verse a Freudian etymologic lingo-drill, being a handshake between Tolkien and Chomsky. Worse's language is sensual and idiosynkratic, playful and, in a subtile way, of unsettling deepness.

Even if Worse doesn't write lyrical poems, his proclaiming prose is pure soundpoetry. Worse performs sound, rhythm and british dance-of-sense. There is a listening experience of a mind-cracking language-fracking by voice-drill and tongue-thrill, it is some british speaking in tongues in surreal, precise absurdity.

His current release on Atemwerft, »Testuary to Lulluba«, displays James Worse as a magic druid in the midst of an archaic forest of signs and tokens, as a skald of semiotics, as an infectious teller of tales and fables made on the pure sound of the voice. For the album's five tracks and one bonus-piece James Worse is a word-shaman who in magic chants conjures unknown myths, who calls and digs for speech and who finds both – myth and its language – in free-floating linguistic gestures. - Martyn Schmidt

James Worse (born 1970, UK / Australia) is a spoken word performer and a vocal and percussion improviser. His »Worsicles« have been heard on Jarvis Cocker’s Sunday Service on BBC Radio 6 Music as well as at the Rochester Literature Festival.

His works have been appreciated by The Wire (»Sounds like Ivor Cutler doing sound poetry«), The Guardian, The Independent and Radio Resonance FM. His Worsicles' power even found their way on Channel 4 News where Worse called a politician some flouty pelmvessel and, of course, a guttering snodgripe.

James Worse is focused primarily on collaborate projects and organizes informal workshops to encourage the public to participate in reating improvised music. James is a founder member of the sound worker's collective, Hand of Stabs.

James Worse is writing an on-going epic, entitled »Flark of the Dandibus«. He hopes never to publish it, but instead for it to exist only in performance - like stories used to be, by the fire in longhouses, in the good old days.

All worsicles and vocals by James Worse.