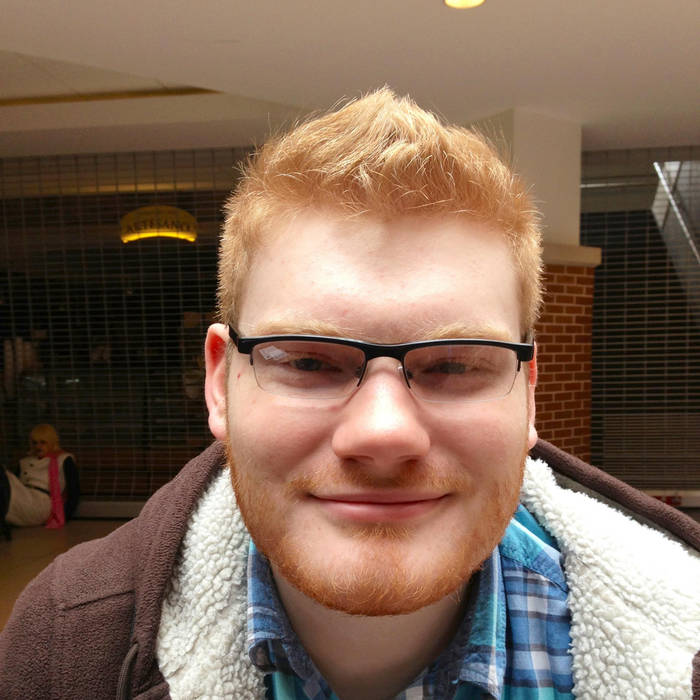 *** Scroll down to read Kaidu-lyrics while listening ***

ABOUT KYLE FARRINGTON (USA)
I am 21 years old. I have been conlanging in some way or another since I was a kid, mostly in the form of conscripts initially. Then in high school I started to try making actual new lexicons and grammars. I went through several sketch languages before I started making ieɸʰuaʈiː. However despite being more built that language wasn’t very good and I intentionally made some difficult grammar paradigms and the lexicon felt too generated. So now I am working on Kaidu.

ABOUT KAIDU:
Kaidu is currently two years old. I started making this language when an older language of mine, named ieɸʰuaʈiː, died. Kaidu is used mainly as a personal artlang. I have drawn inspiration from several languages, namely English, Spanish, Japanese, Arabic, and some Bantu languages. Conlanging has been my hobby for many years. Kaidu’s grammar is simple for English speakers; the hardest parts are the verbs and adjectives because they are different from English. Kaidu’s syllable structure is simply (C)V(C). Kaidu has a lot of the basic consonants, but it has some unique consonants as well.  For instance, it has prenasalized consonants that can occur in initial positions, as well as /q/ and the somewhat rare sound /ɰ/. I have designed Kaidu’s lexicon to be somewhat more minimal than English, and a lot of the derivation is done very literally. Kaidu words are usually created in the style of Chinese compounds, but more basic morphemes can come from 1, 2, or 3 consonant “proto-roots” which change meaning on a very basic level depending on the vowel or diphthong present.

THE THREE LANGUAGES I FIND MOST BEAUTIFUL:
The three most beautiful natural languages I know are English, Japanese, and Swedish. I think English is great because it is extremely versatile for singing and it has a nice sound to it. It is also beautiful because it is used as a lingua franca for the whole world. Japanese I find grammatically elegant, because of how the conjugations can stack. The particles also provide poetic meanings to words that would take longer phrases to say in English. Swedish I find extremely nice sounding to listen to and I feel it has a very "bouncy" feel to it that is very fun.